2020 Taiwan Trans-March: Trans With Us

The 2nd Taiwan Trans-March is to take place at Ximending on the night before the 2020 Taiwan LGBT Pride. With the theme “Trans With Us,” this year’s Trans-March invites transgender people, who are not bound by the traditional gender norms, to “trans-together,” making us visible to the public. We’d also like to ask our LGB and straight friends to march on the street with us, creating a friendlier society.

*Dress code: please wear the colors #Pink, #Babyblue or #White (preferably in a single color), which are featured on the transgender flag, as we would ask every participant to join us in forming an image of the transgender flag for a photo shooting at the end of the March.

With a purchase of merchandise above a certain value on the day, there is a chance for you to win a bottle of Taihu Brewing’s featured beer #LoveHasNoLabel

By purchasing the designated merchandise, you can enjoy a discount for the Trans-March After Party hosted by #LockerRoom1

The idea behind Taiwan Trans-March

In 2019, the first Taiwan Trans-March took place on the night before the annual Taiwan LGBT Pride. From organizing the March to the day of the event, we noticed that many people either had no knowledge about the transgender community, or were not clear about the differences between transgender and homosexual. Meanwhile, transgender individuals still face much pressure caused by gender on various aspects in life (such as employment, use of toilet and school life). All of these show why a trans-march is needed in Taiwan.

“Transgender” does not simply refer to an individual identity, it also means to cross the rigid boundary of a traditional gender division. Therefore, anybody, regardless of how you identify your gender or which gender role and expression you choose for daily life, can be a part of the transgender community, as long as you stride across the mainstream social expectation of gender binary.

In 2020, Taiwan Tongzhi Hotline Association puts forward another Trans-March, with the theme “Trans With us,” the meanings behind which include:

1. The public should take a look and a stride.

In a gender-binary society, men are asked to behave like a man, while women like a woman. However, man and woman have more than one look, and no characteristic can be ascribed to only one single sex. Each of us shoulders a certain degree of social expectations associated with gender stereotypes, and yet all of us have also crossed some gender boundaries defined by the society. Facing the transgender community, the general public should take not only a closer look and but also a big stride: looking at the situation transgender people are in when fighting against the rigid gender rules, striding across the gap between oneself and the transgender community, and understanding that everyone faces the same binary gender restrictions. Everyone can be a part in the fight against gender stereotypes.

2. The transgender community should look and stride outside of our bubble.

The transgender community has many faces. However, not every transgender is capable of understanding the difficulties faced by another. Hotline believes that it is also valuable for transgender people to look outside of the community and look at others’ experiences, because every boundary-breaking attempt is important. We should also step out of our comfort zone and stand together with transgender individuals different from ourselves, interacting with the society and expressing our thoughts, so that more transgender-related issues can be seen.

3. LGB should march with the transgender community.

We invite every LGBTI+ and straight person to join the 2nd Taiwan Trans-March on the evening of October 30th, 2020, the night before the annual Taiwan LGBT Pride, to “Trans With US,” and to head to the 18th Taiwan LGBT Pride “Beauty, My Own Way” together on the next day! 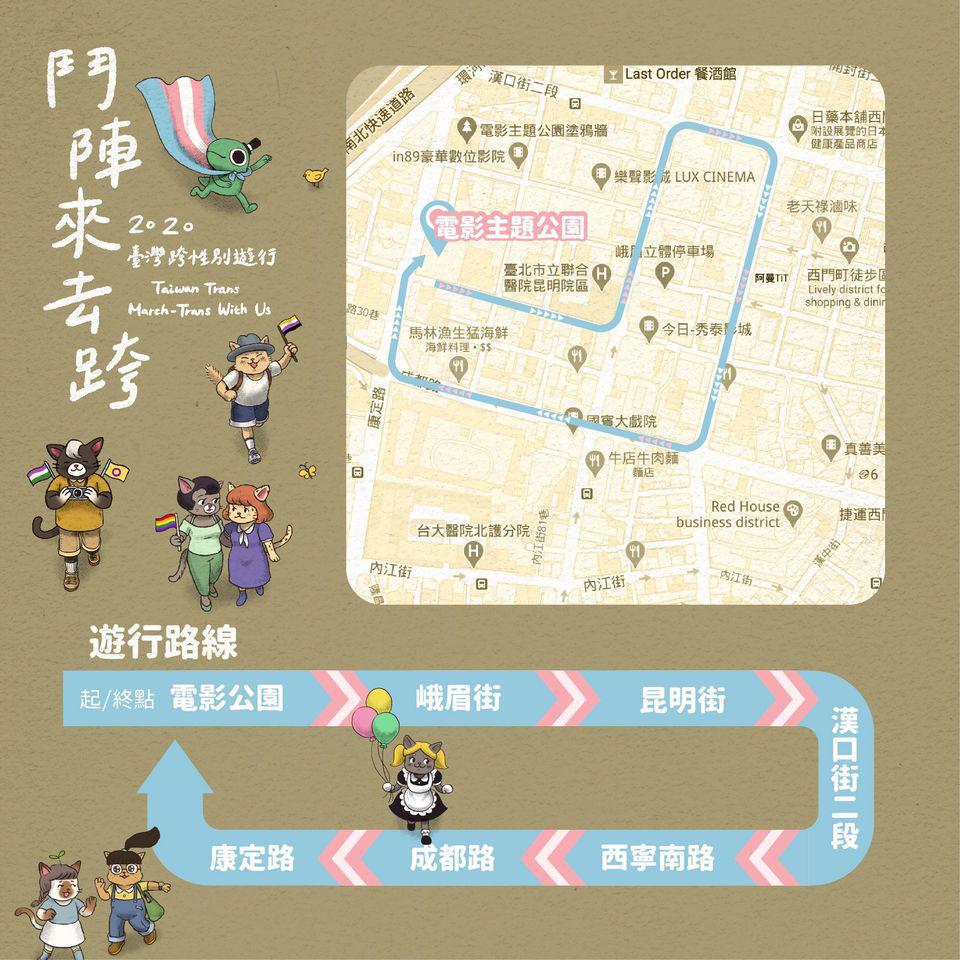